I formed my response to the visual world growing up in North Texas, a landscape of intense sun, flatness, and air. Taking light and the natural world as subjects, I work from a combination of free association and direct observation. I am compelled by the interplay of light and shadow that creates emotional meaning, and am equally interested in looking inwards to depict incorporeal works of imagination.

Painter, printmaker, and public artist, Goldman has been described as “an artist of vision and precision”1; “one of this country’s most exciting watercolorists”2; and “a true cognoscenti of the medium.”3 Her 60,000+ terrazzo installation at Boston’s Logan Airport is noted as one of the area’s most successful public art endeavors.4

Goldman has received various grants and fellowships for her work, including fellowships from the Ballinglen Arts Foundation in Ireland, the Oberpfalzer Kunstlerhaus in Germany, and the Cité des Arts in France. Goldman is represented by Soprafina Gallery, Boston; Stewart & Stewart Fine Arts, Michigan, and McGowan Fine Arts, New Hampshire. Her work is included in the permanent collections of the Bibliothèque Nationale de Paris, the Peabody-Essex Museum, the Brooklyn Museum, the Boston Museum of Fine Arts, the Library of Congress and many other public and private collections.

Goldman was the Chair of the Saint Botolph Club Foundation (2003-2009), a non-profit organization that gives grants to emerging artists, and to distinguished artists who have made a significant contribution to the arts. 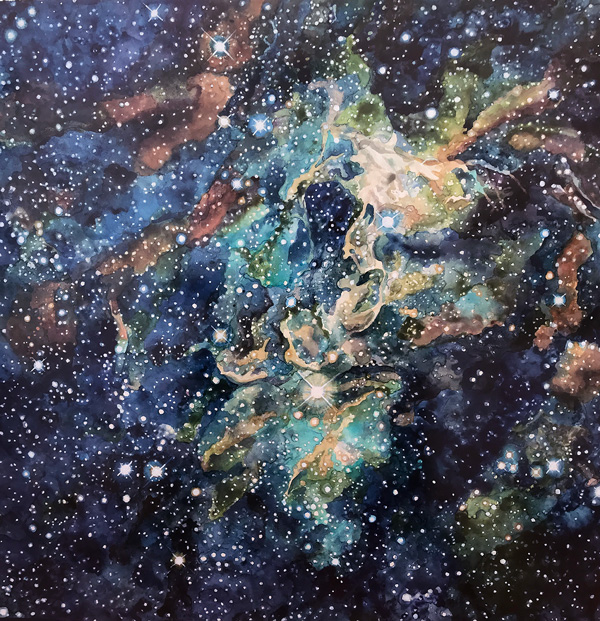